Showing posts with the label Yoel Rodriguez
Show All 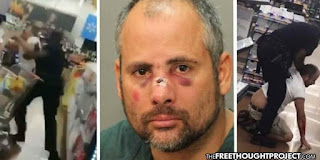 An off the clock cop working security ambushed a man in a Wal-Shop store since he was endeavoring to buy things after the store was shut. The supposed casualty, 43-year-old Yoel Rodriguez was then captured by the off the clock official and accused of battery on a law authorization official since he opposed capture. A representative apparently told security that Rodrigeuz and his family were in the store in the wake of shutting time and were declining to forget about without checking their things. The official, who has not been named freely, stood up to Rodriguez in the checkout line, however, he was by all account not the only client still in the store, on the grounds that there were different observers who began recording the episode when it started.  Rodriquez was in the store with his young little girl and his better half and the whole occurrence was likely started over the way that Rodriguez doesn't communicate in English and didn't comprehend what was happening. The of
Post a Comment
Location: Jacksonville, FL, USA
Read more
More posts