Showing posts with the label Monsurat Ojuade
Show All

IN LAGOS, POLICE EXTRA-JUDICIAL KILLINGS: The Take It Back Movement's Lagos Chapter Condemns Monsura Ojuade's Murder and Demands Justice and An End To Killings 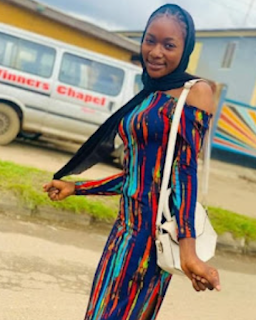 “We, the Take It Back Movement Lagos, firmly condemn the extrajudicial killing of an 18-year-old admission seeker, Monsurat Ojuade, by a trigger-happy police officer on September 11, 2021, in Lagos State.” “We also condemn the Lagos police for attempting to hide the truth by releasing a fabricated police report unrelated to the heinous event that resulted in Monsurat Ojuade's death on September 11, 2021.” “Mosurat Ojuade, who was seeking university admission after getting 236 points on the JAMB test, was murdered during a regular illegal and unlawful search in Surulere area by a trigger-happy police officer identified as Samuel Phillips.” “Monsura Ojuade and her sister took refuge inside their home while the invader ravaged the neighbourhood,” an eyewitness said. When their mother hurried to lock the gate, the police officer shot close range into it. Monsurat Ojuade was first admitted to a public hospital but was refused treatment due to the strike. Her family hurried her to anothe
Post a Comment
Location: Surulere, Lagos, Nigeria
Read more
More posts