Showing posts with the label Mrs. Evelyn Okonkwo
Show All 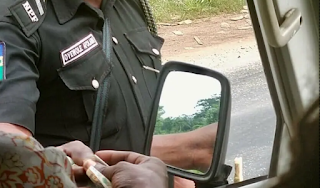 Students of the Alex Ekwueme Federal University, Ikwo, Ebonyi State, Michael Ekene Okonkwo, and Udo Chukwu Maduforo, have described how some police officers assigned to the Airport Command, Ikeja, Lagos, extorted N40,000 from them when they were on their way to catch a plane back to school. According to reports, the students were in a taxi on their way to the local wing on Saturday morning when their car was stopped by a squad of police officers in front of the Golden Tulip Hotel, which is located along Airport Road at around 11 a.m. Vanguard reported that the students said that the police searched them and did not discover anything damning throughout the investigation. They begged the police officers to enable them to take their flight to school and handed them their identity cards, but their pleadings went unheard by the officers. “They harassed us and delayed us without informing us of the nature of our offense. it was discovered that there was nothing incriminating in our belonging
Post a Comment
Location: Nigeria
Read more
More posts