Showing posts with the label Columnist Envoy
Show All 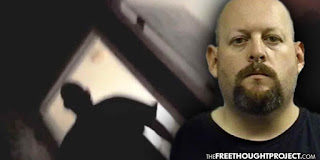 Jeremy Yachik was a cop who brought his mercilessness home. When inquired as to why he was doing these things to his little girl he said that the youngster "won't convey" with him, as per the oath. Fortunately, his ex, Ashley Holy person Roberts, got one of these damaging attacks of animosity on record and transformed it into police. Anyway, when the claims were first presented, the division attempted to cover them up.  In the wake of demonstrating the video to Glen Johnson, the Police Boss, Holy person Roberts said they neglected to react and she had to discover another set to uncover this maltreatment. After the token punishment, the division was blamed for covering for the harsh cop. After two years, Yachik would then be charged again and seen as blameworthy again in 2016. This time for the rape of a similar young lady.  Those charged originated from two occurrences in which Yachik explicitly ambushed his own little girl when she was in the eighth and nint
Post a Comment
Location: United States
Read more
More posts