Showing posts with the label “Good Cop
Show All

Cop demonstrates NOT KILLING a man attempting ‘Suicide by Cop'

According to new research on police murders in 2021 conducted by the people at PoliceViolenceReport.org, the majority of police killings occur in response to calls where no crime occurred or when the person is accused of committing a non-violent infraction. "The majority of deaths occurred as a result of police reacting to non-violent acts or circumstances in which no crime was registered," the study adds. Police have repeatedly shown their inability to deal with mental health concerns. Since 2015, police in the United States has murdered over 1,400 persons who were suffering from a mental health crisis. Many of these individuals had never been charged with a crime prior to police arrival. Fortunately, a video released this week by Cook County demonstrates that the training is having an effect. The manner in which police interfered in the video below was so professional and successful that the subject of the film — a police officer attempting suicide — actually requested that
Post a Comment
Location: United States
Read more

How Individual Professional Liability Insurance Could Reform US Policing 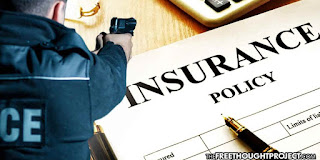 (The Society Pages)  In the aftermath of  George Floyd’s murder , activists and policymakers are advocating for fundamental reforms to stop police violence. Requiring police to carry their own liability insurance is an idea that has already attracted significant support. Having studied the push for police misconduct insurance in Minneapolis, I can provide some background on both the proposal and the social movement behind it. A central way that police violence and police impunity are perpetuated is through financial immunization of officers. For several years, legal scholars have been examining the role that public and private insurers can play in reforming the police and increasing accountability in jurisdictions that carry municipal liability insurance—a type of insurance that many small municipalities and some larger ones rely on to some degree. Insurance is a vital system for regulating behavior. For example,  municipal-level insurers compel police agencies to adopt policies
Post a Comment
Location: United States
Read more
More posts