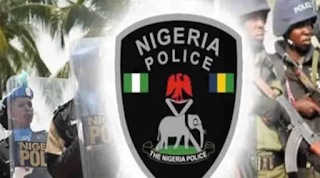 Olayinka, a social media influencer, told how police officers assigned to the Ilasan Police Station in Lekki, Lagos, arrested and extorted him of N20,000.

On Friday, about 11:45 p.m., Olayinka was on his way home when a white shuttle, also known as korope, came to a halt near him and police officers alighted from the vehicle urged him to jump in.

"I refrained from arguing with them since they were armed. Two other danfo buses were parked behind the shuttle, both of which belonged to police personnel. They searched me and discovered nothing incriminating, yet they refused to release me," Olayinka told FIJ.

"Police officers drove to Chevyview estate and started arbitrarily arresting individuals. Numerous individuals were detained, including those standing in front of their homes. They arrived at Chevyview about 12 a.m., and their two danfo buses were packed with residents."

The police officers did not inform Olayinka or the other individuals detained of their wrongdoing. They merely drove to the police station from the estate.

Olayinka attempted to contact his parents as they drove to the station, but his phone went dead. He then texted them through one of the young males arrested by the authorities on the estate. He said that he informed them that Ilasan police personnel had abducted him.

"When we arrived at the police station, officials attempted to herd us all into a cell, but several people objected. I didn't because I'm not one to dispute with police officers armed," he said.

"Some victims were able to flee that night with the assistance of other police officers. However, for those without connections, they brazenly boasted and claimed it was a raid. They said that Chevyview management invited them to the estate to conduct arrests. However, I was apprehended outside Chevyview."

By 3 a.m., Olayinka heard his father and sister at the counter and yelled to alert them to his presence in the cage. Several police officers, on the other hand, directed him to keep his lips shut. The cops did not immediately attend to his family.

"By 12 p.m. the next day, they finally let me leave. My father paid N20,000 to get me released. They amassed money from everyone. I'm presuming they did that since the Christmas season is approaching," he told FIJ.

FIJ attempted multiple times to reach CSP Adekunle Ajisebutu, the spokesman for the Lagos State Police, but he did not respond. At press time, he had also not replied to a text message sent to his phone.

This article was first published in FIJ.