Showing posts with the label #EndSARS protest
Show All 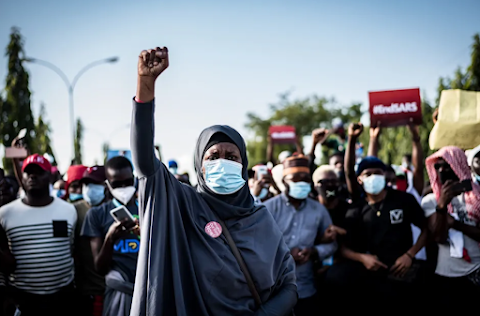 74 victims of human rights violations perpetrated by the former Special Anti-Robbery Squad (SARS) of the Nigerian Police Force have been awarded a total of N289 million in compensation by the Federal Government of Nigeria as part of the #EndSARS campaign (NPF). A presentation of checks to the victims was placed at the headquarters of the National Human Rights Commission (NHRC) in Abuja. The chairperson of the board expressed gratitude to those individuals who had filed complaints with the Independent Investigative Panel on Human Rights Violations concerning the prohibited SARS and other police units. She thanked them for having faith in the country's human rights mechanisms and for diligently presenting and pursuing their cases in front of the panel. She gave her word to the people of Nigeria that the National Human Rights Commission (NHRC), which is an independent institution, will continue to carry out its duties as outlined in the National Human Rights Commission Act. These duti
Post a Comment
Location: Abuja, Nigeria
Read more 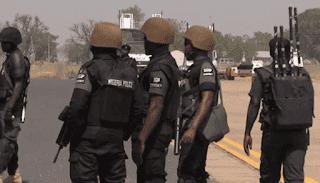 Nigeria has seen an increase in security problems over the past two years — numerous terrorist attacks, inter-ethnic conflicts, abduction, and assaults on people and government facilities by purported secessionists have all pushed the nation and its inhabitants to the brink. Concerned about the country's deteriorating security situation, state governors established regional security outfits – Amotekun in the Southwest, Ebube Agu in the Southeast, and Shege-Ka-Fasa by the Coalition of Northern Group – to assist the government's security agencies in combating these criminals. However, the country's instability seems to be overwhelming security authorities, as new assaults are being reported daily. Despite this, the government, via its institutions, seems more intent on crushing Nigerians demonstrating against insecurity, poor administration, and deteriorating living conditions throughout the nation than on prosecuting criminals. Between August 2019 and June 2021, several orga
Post a Comment
Location: Nigeria
Read more
More posts