Showing posts with the label Canine
Show All 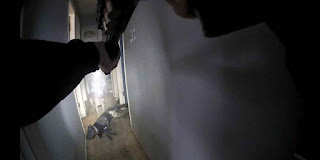 It's far no mystery inside the U.S.A. those police officers kill dogs. For a few motives, not like package shipping drivers, pizza transport drivers, and postal employees - who interact with infinite greater puppies than police - cops most customarily motel to lethal force with guy's nice friend. At the same time as many times of police officers killing dogs cross un-reconciled because police officers are believed over the drug suspects, in Horne's case, there was video evidence that disputed the cop's argument that they had been in hazard. Miller yells at it, and the canine runs again into every other room before emerging once more and standing next to the corpse of the primary dog. "it's a f**relatives' homicide scene," one among law enforcement officials feedback once they just blasted the existence from the pit bull for simply no reason. Horne was no longer the target of the raid, and the "Heroic" law enforcement official
Post a Comment
Location: Detroit, MI, USA
Read more
More posts