Showing posts with the label Alexander Hamilton
Show All 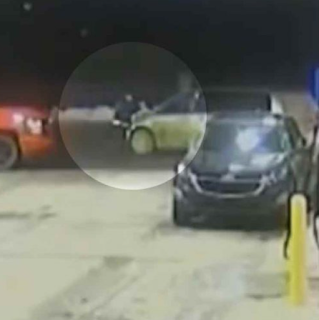 Every time American police try to improve racial relations and reestablish trust, policemen like DeWitt officer Chad Vorce emerge out of hiding and reverse the progress. Last year, dramatic footage showed Vorce chasing an innocent coloured youngster just because he was melanin in his area. A video of the event was published in November 2021. Vorce's outrageous use of force and racial profiling began when he observed Alexander Hamilton, 19, distributing newspapers in his neighbourhood. Vorce was ultimately charged more than a year after the incident and after being reinstated. The Michigan Attorney General's Office was contacted in January 2022. Vorce is charged with the following in Clinton County District Court 65A: Weapons - felony firearm, a crime punished by two years concurrently with and before any term of imprisonment imposed for the criminal or attempted felony conviction; and misconduct in office, a felony punishable by up to 5 years in jail and/or $10,000. “Our invest
Post a Comment
Location: Dewitt, MI 48820, USA
Read more

Every time police departments throughout the country seek to make strides in improving racial relations and restoring confidence, officers like DeWitt police officer Chad Vorce emerge from the shadows and knock them back a step. This week, a video emerged showing Vorce pursuing an innocent melanated adolescent – for no other reason than the fact that he was the only melanated person in his community. Although the incident occurred in January of this year, the video footage was just recently made public. Following a chance encounter with 19-year-old Alexander Hamilton driving through his neighbourhood, Vorce resorted to irrational use of force and racial profiling. Vorce's reaction to seeing a melanated adolescent in his neighbourhood sparked off a chain of events that resulted in Vorce losing his job and the adolescent being almost murdered. Hamilton happened to be in the area that morning since he had to go to work. He worked as a newspaper delivery worker in Vorce's area, and
Post a Comment
Location: Dewitt, MI 48820, USA
Read more
More posts