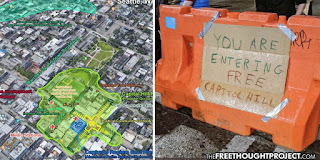 After police in Seattle, Washington retreated from the Capitol Hill neighborhood, protesters took over the abandoned ‘regime’ precinct and erected barricades to mark an ‘autonomous zone’ for several blocks around it.
Six blocks of downtown Seattle have been declared the ‘Free Capitol Hill Zone’ or ‘Capitol Hill Autonomous Zone’ (CHAZ), according to area activists that have taken control of Seattle PD’s East Precinct, on 12th Avenue and E. Pine Street.
Journalist Julio Rosas tweeted photos from the ‘zone,’ including flyers demanding that Seattle PD be defunded, and declaring that police “will always be racist because capitalism requires inequality.” 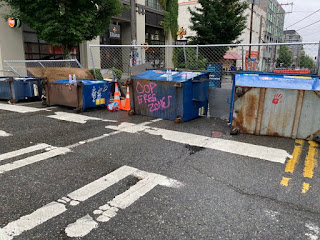 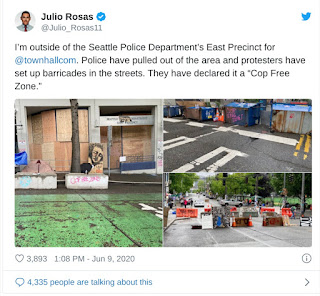 Journalist Andy Ngo described the group in control of the area as “Antifa,” and cited tweets to suggest there were armed guards among them. 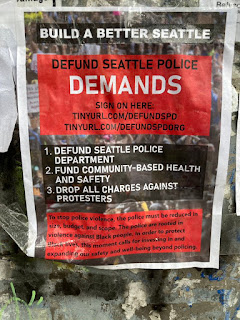 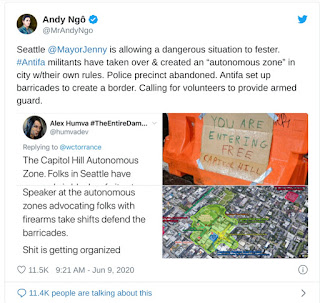 The report of armed personnel seems to have been confirmed by another activist, who said that members of the John Brown Gun Club – a leftist militia also known as Redneck Revolt – “showed up to offer help, some armed.” 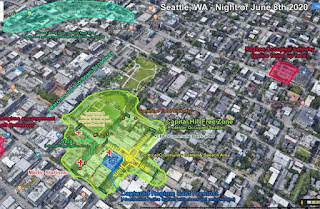 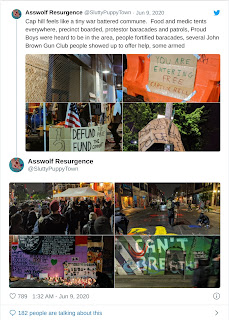 Sympathizers have described the atmosphere inside the zone as “wonderful” and peaceful, more like a concert than anything else. 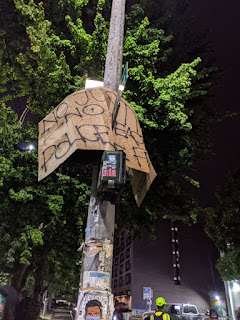 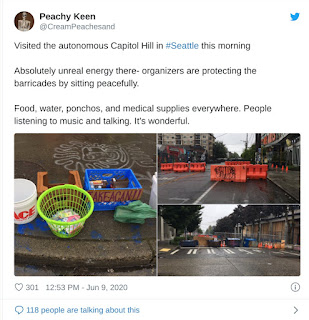 Police Chief Carmen Best confirmed that her department evacuated the precinct on Monday evening as an exercise in “trust and de-escalation.”
Two days earlier, Seattle PD used flash-bangs and pepper spray to push back demonstrators at 11th Avenue and Pine Street, just a block away, after they had moved a security barricade and allegedly threw objects at officers. Protesters insisted that tear gas had been used, but police denied it, saying they had not violated the 30-day moratorium on the substance declared by Mayor Jenny Durkan, a Democrat.
City authorities may be expecting the activists to disperse, but the barricades and the content of their social media suggest they intend to stay. Local businesses and residents have “agreed to disaffiliate from Seattle basically,” in the words of one activist, who called it a “flux state in the making” – a reference to an anarchist commune from the fiction series ‘Shadowrun.’
Maps of the zone apparently made by the activists refer to ‘Captured Regime East Precinct’ and also use ‘regime’ to refer to reported police positions.
Democrats have ruled Seattle for almost 50 years. The current city council has eight Democrats and one socialist.
Culled from:https://thefreethoughtproject.com/anarchists-take-over-seattle-police-station/
at June 10, 2020 No comments: