Showing posts with the label Deputy Hill
Show All 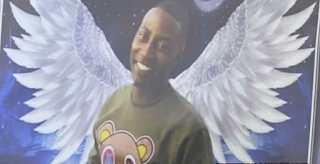 Fred Cox, 18, and his family were at the Living Water Baptist Church in November for Jonas Thompson Jr.'s funeral. According to a complaint filed this week, gunfire rang out during the ceremony as a drive-by shooting occurred and Cox went into hero mode. Regrettably, the lawsuit alleges that a police officer on the scene would murder Cox for his act of valor. “Fred is gone for being a hero while Melanin,” Ben Crump, the civil rights attorney representing Cox's family, said at a Wednesday news conference. According to authorities, Cox was a visitor at Thompson's funeral two weeks earlier on November 8, 2020. Davidson County Sheriff's Deputy Michael Shane Hill was also there at the family's request to assist in the investigation of Thompson's murder. He was on hand to speak with prospective witnesses. As a group of individuals went to their vehicles after the funeral, bullets rang out outside the church from a drive-by shooting. Cox allegedly noticed a woman and h
Post a Comment
Location: Davidson County, NC, USA
Read more
More posts