Showing posts with the label Dick Tench
Show All 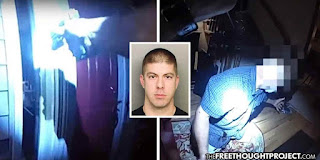 A valid example, the accompanying story out of South Carolina in which a cop approached an honest man's home, shot him through the window, lied about it, and the office decided that he "violated no laws". The evening of June 14, 2019, Dick Tench and his significant other were sound sleeping when Greenville County appointee Kevin Azzara approached the couple's home, rang the doorbell, and afterward shot Tench multiple times before he could even open the entryway. The whole scene was caught on the officer's body camera, and the office's unique adaptation of occasions didn't coordinate the video by any means. In spite of the conspicuous inconsistencies between what the division asserted occurred and what really happened, Azzara was managed defended in his activities.  Azzara was ended from a New Jersey police division for an unjustified shooting when he turned into a rover cop before moving to South Carolina, who happily employed the risky official.
Post a Comment
Location: Simpsonville, SC, USA
Read more
More posts