Showing posts with the label Lt. Michelle Robinson
Show All 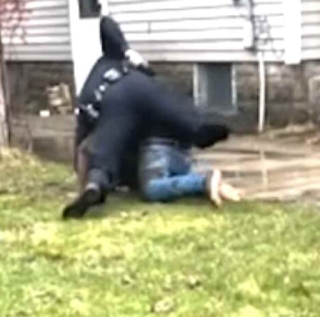 On April 4, an unidentified officer with the Grand Rapids police department performed a traffic stop on Patrick Lyoya, 26, a Congolese refugee. Lyoya would die moments later from a gunshot wound to the back of his skull — placed there by the police officer — for committing a minor traffic infraction. Lyoya's death exemplifies how the system discriminates against the poor and minorities via exorbitant traffic fines and penalties for non-compliance. Lyoya's licence was suspended, and he was well aware that the officer who pulled him over that day would almost certainly arrest him for it. As a result, he attempted to flee. Lyoya was not permitted to go since it is a police officer's duty to abduct and imprison individuals for victimless offences such as suspended licences. Rather than that, the police increased the officer's aggression toward the unarmed, non-violent individual. The nightmare for Lyoya's two children and his parents began that tragic day, and they were
Post a Comment
Location: Grand Rapids, MI, USA
Read more
More posts