Showing posts with the label Travis Lorentz
Show All

Officer Tasers, Then Shoots Unarmed Man in the Heart as He Danced in a Park 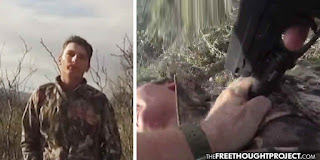 On March 21, 2020, 25-year-old Charles "Gage" Lorentz was shot and slaughtered by a National Park Officer at Carlsbad Sinkholes National Park after he was pulled over for purportedly speeding on an earth street. The Body-camera film of the episode was as of late discharged, demonstrating that Lorentz was unarmed and didn't effectively incite the power utilized by National Park Officer Robert Mitchell. In the video, Mitchell is seen requesting Lorentz to spread his legs and he consents from the start, however, then he began moving to music that can be heard playing from another person's vehicle close by. This demonstration of rebellion chafed Lorentz, who started ordering Lorentz to pivot and remove his hands from his pockets, and when Lorentz didn't promptly obey, Mitchell shot him with his taser.  In the video, Mitchell can be heard clarifying his side of the story. "That is the point at which I shot him with a Taser. "I don't have the foggies
Post a Comment
Location: Carlsbad, NM 88220, USA
Read more
More posts