Showing posts with the label Tempe Police Department
Show All 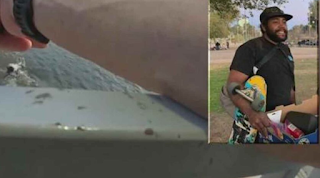 As Americans are swiftly learning in the wake of the horrific massacre in Uvalde, Texas, when police declined to enter the school to rescue the children, law enforcement has no legal obligation to protect individuals. This assumption has been used to defend police officers accused of cowardice since it has been firmly established by decades of Supreme Court precedent. Uvalde, Parkland, and the following instance out of Tempe demonstrate that a significant number of police officers are unwilling to put themselves in harm's path to do good and save lives. Police responded to a disturbance between 34-year-old Sean Bickings and his wife, as reported by the Tempe municipal government. According to the police, when they came, they talked with Bickings and his buddy, who cooperated well and denied any violent altercation. None of the individuals was held for a violation. While police checked the couple's identities against a database for outstanding warrants, Bickings "decided to
Post a Comment
Location: Tempe, AZ, USA
Read more
More posts