Showing posts with the label Katherine Fernandez Rundle
Show All

Four Cops Boiled a Mentally Ill Man to Death, None Were Charged and 3 are Still Cops 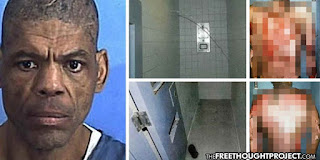 On the multi-year commemoration of Rainey's agonizing passing, his case is accepting some recharged consideration via web-based networking media. This is to a great extent because of the way that the investigator who wouldn't charge the officials included, Miami-Dade State Attorney Katherine Fernandez Rundle, is on the ballot.  As the Miami New Times reports  Rundle's choice to clear the officials is to a great extent viewed as perhaps the greatest stain on her 27-year profession as Miami-Dade County's top investigator. Presently, as fights mount over the absence of police responsibility in America, the Rainey case is accepting reestablished consideration in front of Miami-Dade's August 18 political race, in which voters will decide to reappoint Rundle for an eighth term or introduce her dynamic challenger, Melba Pearson, a previous examiner in Rundle's office who surrendered her post as representative chief of the American Civil Liberties Union of Florida
Post a Comment
Location: Miami-Dade County, FL, USA
Read more
More posts