Showing posts with the label Jim Crow laws
Show All

The Racist Roots of American Policing: From Slave Patrols to traffic Stops

Outrage over  racialism   and therefore the  killing of African Americans by  cops  and vigilantes in recent years helped  create  the Black Lives Matter movement. But tensions between the police and black communities are nothing new. There are many precedents to the Ferguson, Missouri protests that ushered  within the  Black Lives Matter movement. Those protests erupted in 2014 after a  policeman  shot unarmed 18-year-old Michael Brown; the officer was subsequently not indicted. The precedents include the  la  riots that broke out after the 1992 acquittal of  law enforcement officials  for beating Rodney King. Those riots happened nearly three decades after the 1965 Watts riots, which began with Marquette Frye, an African American, being pulled over for suspected drunk driving and roughed up by the police for  battery . I’m a criminal justice researcher who often focuses on  problems with  race, class, and crime. Through my research and from teaching a course on diversity in crimina
Post a Comment
Location: United States
Read more 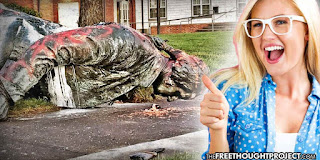