Showing posts with the label 911 calls
Show All

Cops killed a pregnant mom in front of kids after she called for help.

On a June Sunday afternoon in 2017, a pregnant woman's 911 call resulted in her death at the hands of responding officers. Since that awful day, Charleena Lyles's family has fought for justice, but this month they learned there would be none. According to sources, a two-week inquiry that started on June 21 and concluded last week determined that both cops who shot and killed Lyles five years ago were justified in their conduct. You murdered my daughter! The father of Lyles shouted as the results were presented. Inquest jurors decided that officers Jason Anderson and Steven McNew had no choice but to shoot and kill Lyles after he called 911 to report an intruder. A week before she was murdered, Lyles, 30, phoned the police out of concern that her ex-boyfriend could attempt to hurt her. During that call, Lyles, who apparently suffered from mental health concerns, was detained for allegedly carrying scissors. She was released on the condition that she seek treatment for her mental
Post a Comment
Read more 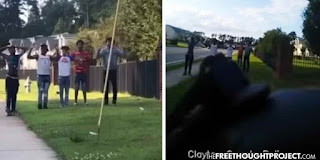