Showing posts with the label New Orleans region
Show All 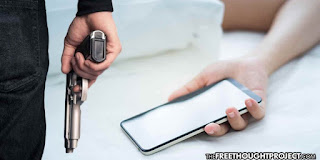 Past inclusion of the occurrence would not name Short and distinguished him just as "an at present utilized law implementation official from the metropolitan New Orleans region". Short was off the clock at that point and unique adaptations of the story asserted that his in light of the fact that the alert was going off, so he went outside to go up against the eventual hoodlums. Frightened they were going to be shot, two of the youngsters ran off, yet one 14-year-old kid remained.  As a report from KLFY, this week calls attention to  Eventually, during the encounter, the 14-year-old casualty got an approach to his mobile phone, which he was grasping. The casualty had an element turned on that enacted the telephone's electric lamp during an approaching call, as per the JPSO. Confusing the glimmer from the telephone with a gag streak, Short discharged one shot, striking the kid in the head. At the point when he moved toward the person in question, he understood the thi
Post a Comment
Location: Metairie, LA, USA
Read more
More posts