Showing posts with the label Ogbole Amedu-Odeh
Show All

The Federal Government recalls an ambassador after an attack on a Nigerian diplomat by Indonesian authorities. 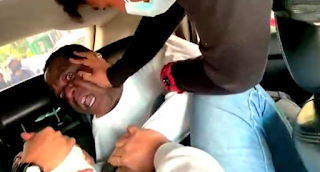 This occurred when the Federal Government announced the recall of Nigeria's Ambassador to the Asian nation, Usman Ogar, in the aftermath of the heinous event. The ambassador, who seemed to be in agony as Indonesian immigration officials forced his head to the seat of a vehicle, was heard screaming, "I can't breathe." Geoffrey Onyeama, the Minister of Foreign Affairs, who announced Ogar's return for discussions at a news conference in Abuja on Tuesday, also said that the government will examine Nigeria's bilateral ties with the Asian nation. Former diplomats chastise Indonesia Ogbole Amedu-Odeh, a former Nigerian Ambassador to Mexico, characterized the assault as a breach of the Vienna Convention, adding that it was too early to determine the FG's reciprocal response. He stated, "The (Foreign Affairs) minister has already come out firing from the hip; thus, the Indonesians are aware that they must take appropriate action because what their officials ha
Post a Comment
Location: Indonesia
Read more
More posts